The Controversial Role of Buprenorphine in Combating Opioid Addiction, According to Science This blog was initially published here for Evolve Indy. To read the full article, please visit us at EvolveIndy.com!

Illicit opioid abuse is the single most pressing substance abuse problem in the United States and throughout the world.1 Opioids are a class of narcotic, pain-relieving drugs that include hydrocodone (Vicodin), oxycodone (Percocet), Oxycontin, morphine, heroin and fentanyl, among others. Over the last decade, the United States and the world at large has witnessed increasing numbers of individuals becoming severely addicted to opiates. Behavioral interventions alone have shown poor outcomes, with over 80% of patients returning to active drug use.1 As a result, it has become of paramount importance to determine efficacious pharmacologic treatments that can adequately supplement behavioral therapy in rehabilitating patients suffering from addiction.

Studies have shown that adjunctive medication assisted treatment (MAT) therapy, along with adequate behavioral interventions, provide the best opportunity for patients to achieve long-lasting, successful recovery from opiate addiction. The three pharmacologic agents used in MAT therapy are methadone, buprenorphine, and extended-release naltrexone (also known as Vivitrol). This blog will explore buprenorphine (sometimes referred to colloquially as “bupe”) maintenance therapy, its clinical utility in treating opioid addiction, and various risks that are worth noting when considering this treatment modality.2 Suboxone: The Most Commonly Used Formulation of Buprenorphine for MAT

As discussed in our evidence-based review of methadone, using pharmacologically active opioids to treat opioid addiction has long been a cornerstone of medical rehabilitation for opioid addicts. Until recently, methadone has always been considered the “gold standard” in MAT therapy. However, the development of Suboxone (a combination of buprenorphine and naloxone in a 4:1 ratio) presents some novel advantages, leading healthcare practitioners to favor this treatment modality. Suboxone is currently the most common form of buprenorphine used for MAT today.

The addition of naloxone, an opioid antagonist used to reverse opioid overdose, is supposedly added to the formulation in order to deter intravenous abuse.* The advent of Suboxone to treat opioid addiction was considered a medical advancement beyond that of methadone; however, both drugs present novel advantages and disadvantages. Recent studies show that buprenorphine (Suboxone) is equivalent in efficacy to that of methadone when “sufficient buprenorphine doses, rapid induction, and flexible dosing are used.”3 To better understand and characterize the role of Suboxone in opioid addiction and recovery, it is necessary to gain a better understanding of its basic pharmacology. Basic Buprenorphine Pharmacology in the Treatment of Opioid Addiction

Buprenorphine is a partial opioid agonist and antagonist drug that exhibits a unique pharmacology. Unlike traditional full-agonist drugs like heroin, buprenorphine is a partial-agonist at the μ-opioid receptor, where it displays a significantly lower intrinsic activity.4 That is to say, buprenorphine causes less euphoria, sedation, and analgesia than methadone, but it is nonetheless still able to attenuate withdrawal symptoms.4 This pharmacological property of buprenorphine alone allows it to confer major advantages over methadone for use as an opioid replacement therapy. Most notable, Suboxone has significantly lower abuse potential than methadone. **

“The slow association/dissociation kinetics allow for 72-hour dosing intervals in buprenorphine treatment.”5 This presents a unique advantage over methadone, which requires daily dosing. In addition to there being no need to attend a clinic daily, multiple-day dosing intervals allow the patient greater freedom. However, this also inevitably means that greater quantities of drugs like Suboxone will be available for diversion, ending up in the illicit trade.

There’s An Argument To Be Made for Buprenorphine Accessibility, But It’s Not Without Its Risks

Nevertheless, due to the safety profile of Suboxone and the fact that many users try to procure it on the black market in order to treat withdrawals or for harm reduction purposes, there is an argument to be made for making it easily accessible. However, buprenorphine is still an addictive narcotic, and its abuse potential and addiction liability should be carefully taken into account when considering policy decisions. Studies have found that “illicit buprenorphine use is correlated with better treatment outcomes in primary care buprenorphine programs.”6 Indeed, this research found that the typical illicit bupe user seems to have financial constraints and is attempting to practice harm reduction.6 A recent social network analysis of buprenorphine diversion discovered that “increasing access to providers reduced diversion rates” of buprenorphine.7 Thus, the argument for better access to Suboxone as a tool for harm reduction should not be easily dismissed, and should be further analyzed in an evidence-based context to better shape drug policy.

Another key reason for considering increasing the accessibility of buprenorphine is its “ceiling effect,” which prevents overdose risk by negating additional reinforcing or agonistic effects after a certain point, despite increasing dosage. Finally, out of all the drugs that are known to act upon the μ-opioid receptor, buprenorphine has one of the strongest binding affinities. As such, it is incredibly difficult to “displace” buprenorphine that is attached to the opioid receptors. Therefore, buprenorphine/Suboxone maintenance effectively “blocks” the effects of illicit opioid use, deterring relapse. This is accomplished in a somewhat similar fashion as high dose methadone, which can produce a blocking effect to deter relapse, as well. Vivitrol, the extended-release naltrexone injection, also produces a “blockade effect” but is also non-habit forming, non-narcotic and thus, non-addictive. To learn more about Vivitrol as a tool in treating opioid addiction, check out our evidence-based review of Vivitrol here. Buprenorphine Assisted Therapy: Simply Trading One Addiction For Another?

Many people view buprenorphine/Suboxone, along with methadone MAT treatment, as simply “trading one addiction for another.” Indeed, drugs like methadone and suboxone do occupy the same brain receptor as drugs like heroin, but to end their comparison there is a severe oversimplification to the full pharmacologic profile of MAT drugs compared to drugs of abuse.

Studies have shown that there are distinct “pharmacological differences between long-acting opiate (L-AO) medications (like methadone and Suboxone) and short-acting opioids (like heroin) in terms of reinforcing properties, pharmacokinetics, and effects on the endocrine and immune systems.”8 Due to their unique pharmacological profile, “L-AOs contribute to control addictive behavior, reduce craving, and restore the balance of disrupted endocrine function.”8

Viewing MAT Patients As Active Addicts Is a Damaging Misconception

Since L-AO therapy helps individuals lead healthier lives and begin the process of recovery, it is a damaging misunderstanding to view an addict engaging in MAT— under the care of a medical professional­—as simply trading one addiction for another. Indeed, MAT, combined with behavioral intervention, has shown to markedly improve quality of life and help rehabilitate addicts.1 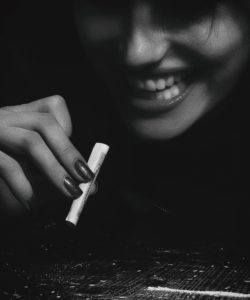 Is Long-Term MAT Therapy Right For Me?

While many ultimately do choose to detox off long-term MAT pharmacotherapy and live free of chemical dependency, in other cases, it may benefit the patient to be maintained on MAT for long periods of time. This is especially true for patients with severe chronic pain. For these patients, drugs like Suboxone may be a more suitable, practical, and safer option than methadone, saving them from a daily drive to a clinic, and offering a treatment with a generally reduced risk of overdose. If you or someone you know is struggling with opioid addiction, or is interested in successfully detoxing off methadone, contact us at EvolveIndy.com to learn more about medically supervised, clinical methadone and Suboxone detox.

For The Many That Desire To Be Free: A Word About Suboxone Withdrawal

However, for many, the side effect profile of methadone and buprenorphine, or simply the desire to be free of dependency after years of drug use, lead them to ultimately taper and discontinue treatment. Withdrawal from long-acting opioid drugs like methadone and Suboxone is often very long and protracted (on the order of weeks), compared to withdrawal from short-acting opioids like heroin, which have much shorter half-lives and elimination times (with acute withdrawal generally only lasting several days).

Suboxone Withdrawal May Be Milder, But It’s Much Longer Than Traditional Opiate Withdrawal and Makes Detoxing Difficult For Many

Withdrawal from long-term Suboxone use is reported in the clinical literature as “milder” than the acute withdrawal that ensues from drugs like heroin. Nonetheless, it is firmly established in anecdotal reports that this “milder but significantly longer” period of withdrawal is far more difficult to endure than traditional opiate withdrawal. As such, withdrawal from drugs like Suboxone and methadone is best conducted at detox facilities while under the guidance of well-trained medical professionals. To learn more about how you can seek professional help to detox from methadone and Suboxone, visit EvolveIndy.com.

A Cautionary Note About Precipitated Withdrawal From Buprenorphine

Buprenorphine’s incredibly high affinity for the μ-opioid receptor means that it will “displace any existing circulating opioids.”4 This presents a challenging and novel clinical problem when initiating buprenorphine/Suboxone therapy for opioid addiction: the phenomenon of precipitated withdrawal.4 In English, this translates to buprenorphine (a partial-agonist that does not stimulate the μ-opioid receptor as much as full-agonist drugs) effectively “kicking out” any drugs occupying the opioid receptor and thereafter taking their place. If a patient is dependent on full-agonist drugs, such as heroin, buprenorphine administration will result in the rapid onset of intense withdrawal symptoms, such as cold sweats, diarrhea, cramping, anxiety, panic attacks, and dilated pupils.9

Great caution must be exercised when introducing heroin users to buprenorphine treatment, and an adequate COWS score (the “clinical opiate withdrawal scale” that assess the level of opioid withdrawal currently being experienced) should be reached before buprenorphine administration.10 The COWS scale is an 11-item clinician-administered scale assessing opioid withdrawal.10 Once enough of the full acting opioid agonist has left the patient’s body (usually 24 hours of abstinence from heroin use is recommended to safely transition), buprenorphine maintenance therapy can safely begin. Read the full article here, at EvolveIndy.com, to learn more about the neuropharmacology of buprenorphine (Suboxone), the controversial role of naloxone in this drug and buprenorphine abuse in Finland.