The Role of Vivitrol in Opioid Addiction Recovery: An Evidence-Based Review This blog was initially published here at Evolve Indy. To read the full article, please visit us at EvolveIndy.com!

The Center for Disease Control (CDC) estimates that 130 Americans die every day from an opioid overdose.1,2 As the opioid epidemic rages on and these staggering figures go unabated, the search continues for effective treatment strategies to quell this crisis. Currently, it has been established that the best treatment protocols are multimodal strategies that address both behavior and pharmacotherapy.3 One FDA-approved medication that has shown to play a novel role in attenuating drug-seeking behavior in opioid abusers is Vivitrol, the once-a-month, injectable extended-release formulation of Naltrexone—a full opioid antagonist that blocks the euphoric Vivitrol is the brand name for the injectable, extended-release formulation of Naltrexone, a full opioid antagonist shown to be effective in treating opioid addiction. Once a month intramuscular injections of Vivitrol deliver a bolus dose of Naltrexone in a slow, time released fashion. It has been shown to effectively block the effects of opioids, including euphoria, for up to 30 days after administration.4 This drug was initially used for attenuating cravings in recovering alcoholics, since the pleasure derived from ethanol consumption is also mediated through the very opioid receptors this medication blocks.4 Nalterxone was also first offered in pill form and required daily dosing–a fact that tempered patient compliance rates. Once a month IM injections of Vivitrol have shown much higher patient compliance rates compared to Naltrexone in pill form. Due to the pharmacological profile of opioid antagonists such as Vivitrol, there is no risk of dependency or liability for abuse with this medication. This is in stark contrast to the more standard medication assisted treatments (MAT) for opioid addiction, which include the use of opioid narcotics such as methadone and buprenorphine. To better appreciate Vivitrol’s mechanism of action and how it differs from traditional MAT, a rudimentary understanding of basic neuropharmacology is necessary.

Vivitrol is the brand name for the injectable, extended-release formulation of Naltrexone, a full opioid antagonist shown to be effective in treating opioid addiction Image Credit: https://www.opiatesupportgroup.com/tag/vivitrol/ The primary function of the opioid receptor system in humans is to promote “motivated behavior toward signals providing safety and opportunities for homeostasis.”5 Essentially, these receptors are fundamental in activating the brain’s endogenous reward system, and have been identified as critical targets in managing pain and reward, and initiating addictive behaviors.6 Opioid receptors are composed of three inhibitory G protein-coupled receptors (mu, delta and kappa) as well as the nociceptin receptors responsible for transmitting pain.7,8 Of these, the mu-opioid receptor has been identified as central for motivational and hedonic reward processing in humans.5 Thus, it is the mu-opioid receptor that is directly responsible for pain relief (analgesia) and the pleasurable sensations one naturally experiences when consuming palatable foods (i.e. the reward/reinforcement pathway).5 Opiates targeting the mu-opioid receptor elicit pain relief, as well as stimulate this endogenous reward system—meaning this class of medication has a high potential for abuse. Consequently, blocking the mu-opioid receptor with an opioid antagonist such as Naltrexone/Vivitrol effectively blocks this receptor, therefore blocking the “feel good” reward pathway that normally reinforces repeated opioid use.

Drugs That Act on the Opioid Receptor System Explained A classic hallmark of traditional opioid painkillers (e.g. Vicodin, Oxycodone, Morphine, Heroin, etc.) is to stimulate the mu-opioid receptor, consequently eliciting its analgesic effects. These effects also include modulating the aforementioned reward pathway and inducing euphoria, which is precisely what makes these chemicals so addicting. Since the 1950s, dozens of synthetic and semi-synthetic opioid painkillers have been developed to treat and manage clinical pain.8 More recently, drugs such as Naltrexone and Vivitrol, which act on the opioid receptors but result in a blockade instead of a stimulation, have also been developed as deterrents to opioid use and abuse for individuals in recovery. There are three primary classes of compounds opioid drugs fall into: full agonists, partial agonists/antagonists and full antagonists.

Full Agonists: Such as Vicodin, morphine and heroin fit like a ball into a socket, or key into a lock, at the mu opioid receptor. This stimulates the release of endorphins, among other things, and results in analgesia and euphoria. Methadone, a drug commonly used in MAT, is also a full agonist; however, it has a significantly longer half-life than more traditional full agonist drugs. Achieving steady state concentrations of methadone in patients addicted to drugs like heroin, and who are undergoing withdrawal, attenuates the withdrawal and cravings. However, one significant caveat of MAT is that the patient is still physically dependent on methadone, which is a significantly harder drug to detox off of than most other opiate drugs. Partial Agonists/Antagonists: Drugs in this category partially stimulate/block opioid receptors. This can be beneficial when treating addiction, as drugs like Suboxone (buprenorphine/nalaxone) is a classic partial agonist/antagonist that prevents withdrawals and attenuates cravings, like methadone, but without causing as much euphoria and respiratory depression, among other symptoms. There is also a “ceiling effect” that is characteristic of buprenorphine (the active chemical in Suboxone), in which the effect of the drug plateaus despite increasing the dosage consumed.9 In one 1994 study, dosages up to 70 times the recommended amount were shown to be well tolerated.9 While Suboxone and similar drugs are a technological advancement from traditional methadone assisted therapy for opioid abuse, the patient is still dependent on an opioid narcotic (albeit one with a lower potential for abuse that is safer than methadone).

Full Antagonists: These drugs, which include Naltrexone and Vivitrol, attach to opioid receptors but instead of stimulating them, they block them from potentially being stimulated. Furthermore, Naltrexone has an incredibly high affinity for opioid receptors, meaning it is very difficult to be “displaced” by other drugs competing for those receptors.10 Since these drugs don’t stimulate opioid receptors, they do not lead to dependence and are non-addictive. The fact naltrexone has such a high affinity for opioid receptors, however, raises a significant caveat to antagonist therapy: the patient must be fully detoxed and be free of all withdrawal symptoms before commencing antagonist therapy. Some patients have claimed drugs like Vivitrol reduce their cravings for opiates, but this may be purely psychological since Vivitrol does not activate or occupy opioid receptor sites and stimulate them like full or partial agonists. 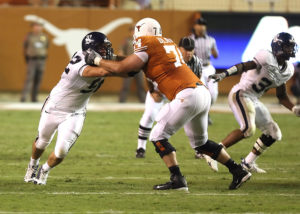 Naltrexone, the active ingredient in the Vivitrol injection, BLOCKS full and partial opioid agonists from binding to the mu opioid receptor.